A day in the life.... Stuart Colwill 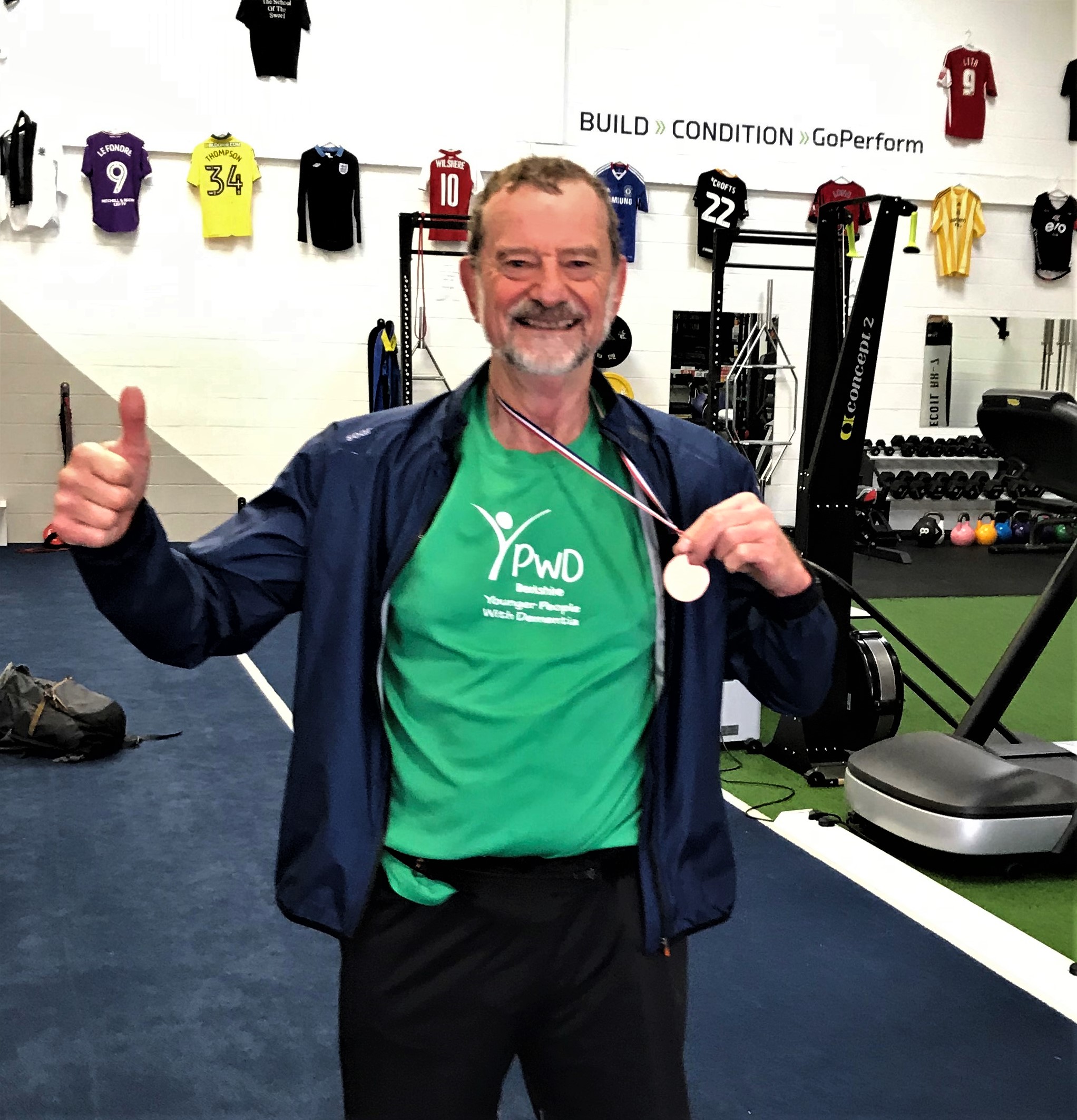 Stuart is one of YPWD’s volunteers.  Along with a number of other generous people from across Berkshire he gives his time to help the charity to support those with a young onset dementia diagnosis in workshops and activities.  Stuart has kindly agreed to answer a few questions as part of our ‘A day in the life’ series.

Could you tell us about how you became involved in the charity and why you decided to volunteer your time in this way?

I became involved with YPWD before it was a charity.  At that time, 12 years ago, my wife Sheila had Alzheimer’s Disease, Dr Jacqui Hussey was her Consultant.  Jacqui and her fellow NHS staff started YPWD type activities at the Barkham Day Hospital in Wokingham - gardening in their small garden and arts and crafts activities.  Sheila loved attending these and it gave me a valuable break from being her principal career.

These activities provided Jacqui and her colleagues with the embryo of an idea to form a charity to tackle the specific needs of younger people with dementia and their carers and so YPWD was formed.  Claire and Charlie and others like Caroline and Julie left the NHS to become charity staff.  As time went by Claire Watts and Charlie Draper in particular provided one to one support as Sheila’s needs changed.    Sheila and I continued to benefit from their help and support.

I think you can see that I will be eternally grateful to those staff and to the charity for the help and support they provided over many years.  So having experienced first hand  the benefits that the charity offers, I have a great interest in helping it to succeed and prosper.  Being a volunteer means that I can help with that in a small way, it also helps me to say thank you.

What do you find yourself doing as a volunteer?

Before the first lockdown I participated in badminton helping the attendees to enjoy themselves and stay safe.   We would play for an hour and then have a cup of tea and a chat, as important as the sport.  Recently I have been helping at Jealotts Hill with gardening.  YPWD has a plot there which needs a lot of attention.  When we ask Richard (YPWD's member of team) what is to be done this week, we usually hear the word “weeding”, but we have also constructed planting boxes and planted seeds as well.  There is also the regular tea break when we have a deserved break from our hard work.

What is your favourite part of being a volunteer and what would you say to encourage others to get involved?

It is really great seeing the attendees having fun, enjoying themselves and in particular seeing them laughing. I am also aware that I am helping their carers to have a break.  To others I would say that being a volunteer is very personally rewarding as well as helping the charity.

Would you be willing to share with our readers a little bit about what you do when you’re not volunteering for YPWD?

I retired from full time work many years ago.  Other than being with family (including five grandchildren) and friends I am rather obsessed with distance running so this dominates my time. I ran my first marathon (London) 11 years ago raising money for the Alzheimer’s Society. This was before YPWD was a charity.  I had thought that I would only run one marathon but since then distance running has become part of my life and I have now completed 22 full marathons, raising money for YPWD along the way. I think that I was one of the first to raise money for YPWD when I ran my second marathon -  Brighton in 2012 - just before it was formalised as a charity.  The charity’s team and family came down to cheer me on, and them being there is one of my cherished memories of running.  Now I am preparing for my next marathon, Brighton again, in the middle of September this year.

Can you give three words that you feel best describe the charity?

What is your favourite meal to cook and why?

Traditional English, there is not much is better than a Shepherd’s Pie.

What is the most interesting place that you have visited in the world and why?

I lived and worked (as a civil engineer) in Malawi in southern Africa for many years when I was a lot younger than I am now.  I have many great memories of living there but in particular, one holiday that was spent at a mission called Livingstonia in the northern part of the country high up overlooking Lake Malawi. It was set up in the 19th century in memory of the missionary and explorer, David Livingstone, who spent time in that part of Africa.  We liked to think that we were treading in the footsteps of this great man.

If you were in charge of the world for just one day what is the one thing you’d encourage everyone to do?

That could be the trivial of telling everyone to get to love cricket or the more serious of getting everyone to be tolerant and respectful of the differences of others.

Do you have favourite movie, TV, radio show or book that you could watch/listen/read over and over again, and if so, what is it, and why do you enjoy it so much?

The film “Out of Africa” (with Meryl Streep and Robert Redford).  It was the favourite for Sheila and me.   I spent a large part of my working life in various parts of Africa and Sheila and I had several great holidays there, she loved the places we visited.

If you had the chance to give your younger self a piece of advice what would that be and why?

Life is largely a series of unplanned events.  When something comes along, make the most of it.

What is your favourite phrase or saying and why?

“Life’s too short”.  In other words, make the most of it whilst you can.  I especially realised this when caring for Sheila, we ran out of time to do all that we wanted in our life together.

Our sincere thanks to Stuart for answering our questions.

If you would like to become a volunteer for YPWD, or would like more information, then please email our Volunteer Champion, Debbie Lomas, via debbie.lomas@ypwd.info